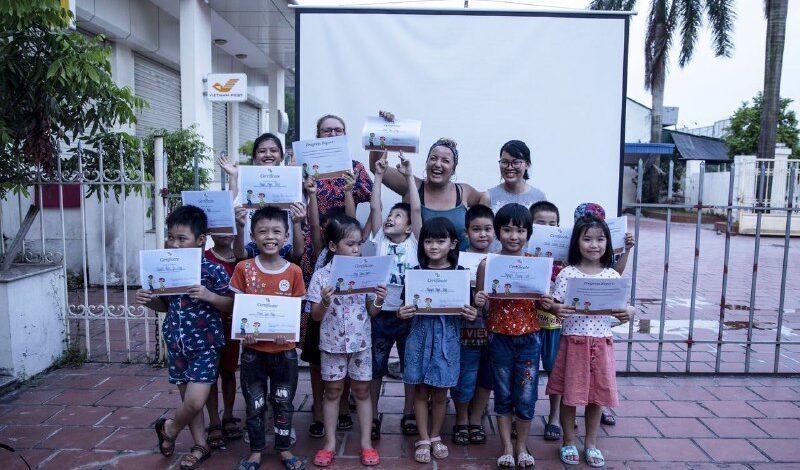 Oxford Omnia is a transnational NGO born in 2017 thanks to Oxford University student Elena Bernini, who wished to give something back to the Vietnamese village where she was born and raised before being adopted by an Italian family. That is how the “Matteo Bertero English Centre” came into existence. This is an English school in which children and young adults in Kinh Mon (Northern Vietnam) can improve their English and even obtain language certificates, an important tool to increase their potential as students.

How could this project become real? 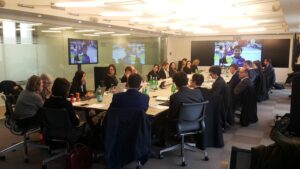 “For our early funding we must thank our prematurely deceased friend, to whom the school is dedicated, Matteo Bertero’s parents, they’ve always been our proud supporters”, says Michela Rocchini, Oxford Omnia’s vice-president and law graduated from the University of Pavia, “And we thank Van Luong Mura too, he’s a guy who was born in Kinh Mon and he was adopted by an Italian family as well as Elena. He helped us financially and, being an architect. He was the one who oversaw the school’s construction. Thanks to her studies, Elena has several important connections, we have advisors who give us some insights about our work, and we think about everything else. We are all students, youths who just want to help people.” 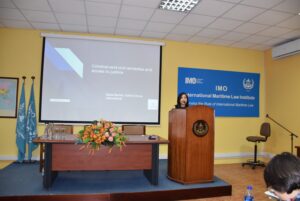 “Originally we were based in England, then, when Brexit happened, we started considering moving to Italy, and during the lockdown, we managed to complete the legal procedure to set up our headquarter in Pavia”, keeps telling Michela. “The board is composed of three Italians, a German, two English, it is kind of heterogeneous. We have monthly meetings on Skype, we work a lot on the Internet and we barely use the fixed location. We try to meet in person at least once a year, usually at one of our fundraising initiatives.”

MB English Centre and other projects

The most important project implemented by Oxford Omnia is no doubt the Matteo Bertero English Centre di Kinh Mon (Vietnam), which is open to children and teenagers under 18 years old for free. The centre works thanks to the volunteers. There are only two guys who carry out the tasks of the director and coordinator. “Right now the centre is almost a self-standing organisation”, reports Michela, specifying that “We didn’t want to focus on just one project, we aim to sustain the projects in their initial phase but the idea is that they should come to the point to become self-sufficient.”

Oxford Omnia also aims to advise and raise the profile of other organisation’s projects, as done with a local organisation that deals with food security and insect farming in Zambia. This is an aspect they hoped to focus on more and more in the future.

On the website is possible to find the Civil Society Review, “An online newsroom that addresses themes such as human rights, development, research, food security. It’s complementary to what we do”, explains Michela. “I’m particularly proud of it, they’re doing an amazing job granting visibility to lesser-known projects and themes, and thanks to the articles we can make ourselves know even now that, due to the pandemic, we struggle to start new projects.” 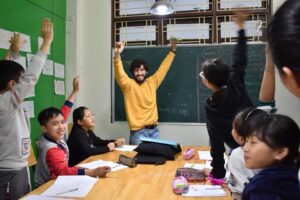 MB English Centre teachers are all volunteers coming from different parts of the world. They’re only required to be more than 18 years old – but it has happened that married couples and even retirees have applied for our volunteer project too -, to have good English knowledge and to be willing to stay in Kinh Mon for a minimum of three weeks. They can choose to stay as long as they want. “So far, we have had good experiences, but you must be open to adapt when you go to a rural area in Vietnam”, refers Michela. “There is some selection because sometimes we find people who expect to go there on vacation, but we’ve been lucky. We offer them food and accommodation and we give them some guidelines on how to work.”

Lectures are not focused on English grammar. Teachers dedicate time to topical issues like global warming and recycling. The centre does not replace public schools, it just aims to give students some more knowledge. Since some of our students have been admitted to American universities, it seems like the project is working as expected.

With the pandemic and the immediate closure of Vietnamese borders, the centre has been forced to change its working methods and switched to online classes. This system, however, is not a perfect solution, given the number of families who have not a PC or a good connection. Therefore, Oxford Omnia is trying to cooperate with other organisations who work in the area, hoping to create a common program. 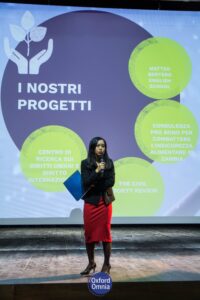 Oxford Omnia has received significant support from the local community, either in England and Italy. All the fundraising events that have been organised so far have seen great cooperation from local authorities: “We held two events in Fortunago (Pavia) and the local major has let us use beautiful locations. Professional musicians have played for free, and a chef came from New York to cook without asking anything in return”, says Michela. “For our next event, on October 23rd, the Rotaract Club of Voghera contacted us and offered to help us in any way possible. We would have never expected that. I discovered that people are more willing to help than you can imagine.”