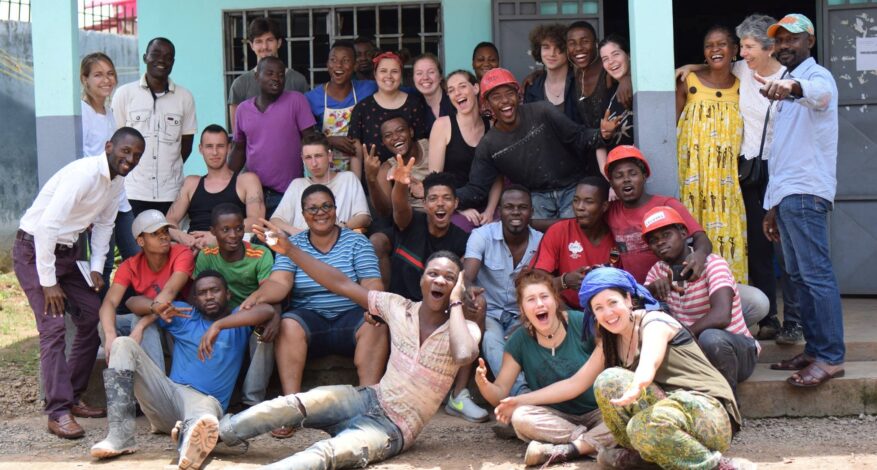 MY SISTER’S EXPERIENCE IN CAMEROON

In 2018, for five weeks, my sister went to Yaoundé, the capital of Cameroon, to help restore a technical middle school for girls. She was part of a group of young French people that flew to Cameroon to join a group of young Cameroonians in order to work together. Before leaving, they raised funds to buy school furniture and basic medical supplies, especially sanitary towels, so girls don’t have to skip school because of their menstruations. I interviewed her about this experience; here is what she had to share with us. 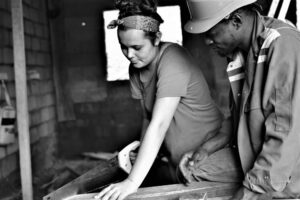 After she dropped out of university, she joined an organisation called Mission Locale (located in Montpellier, France), which aims at welcoming, informing, and guiding young people (aged 16 to 25) who do not finish their studies. The organisation offers individual interviews and group workshops about different subjects like job, schooling, healthcare, housing, mobility, and financial help. She participated in a workshop about possible experiences abroad and, at that time, the organisation was conceiving this project in collaboration with an association of voluntarily retired people. She thought it would be a good thing to take part in it because she would not only discover a new country but also be actually helpful. When asked to tell us more about the organisation, she said: “Before leaving, we had the chance to meet the group of young Cameroonians on Skype. We would meet them again on the first day on the worksite. It was very cool! Everyone was very nice and welcoming. There, we stayed in a hotel and had dinner at a restaurant near the hotel every night. On the first day on the worksite, the site manager made a list of the things that had to be done and we all split up according to the different tasks: demolition, building work, tiling, cooking, and shopping at the market (to prepare lunch, every day). Some of us also painted a fresco on a wall or documented the work and activities done over the weeks to update the Facebook page of the project (Jeunesse en chantier Cameroun). 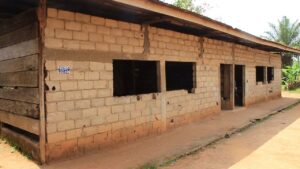 The project was followed also by a local TV journal for youths. As far as I’m concerned, I did a bit of everything. The first week was all about demolishing, from the concrete flagstones, that paved the outside, to the walls. Then, we had to build completely new walls, solidify the roof, and, finally, pour concrete to replace the flagstones. In the meantime, plumbing was being done in the lavatories. When the renovation was done, we painted the walls and cleaned up for the inauguration, which was attended by the mayor, and the students and professors of the school”.

Going to Cameroon was something completely new to her, but the cultural difference between France and Cameroon was, in fact, very enriching. When not working on the site, they visited the city, spent two days in a children’s home for orphans and children whose parents have mental illnesses, hung out with the locals, and met their families. When they went to meet them in their homes, they were very welcoming and would prepare a huge feast just for them. In France, people tend to be more individualistic, while there everyone welcomed you warmly and like you were family. “I remember a little girl I met who saw me playing with my bracelet. She started playing with it too, and I ended up giving it to her. The next day we met again, and she gave me another bracelet in exchange. That was very touching”.

What did this experience leave her?

“At first, I was nervous about it because it was the first time I went so far from home and to a different continent. The first few days I felt homesick, but at the end of it I felt the other way around, and I didn’t want to leave. I met amazing people and discovered a new culture and its traditions. Thanks to the project, I learned a lot of things about building work and it also increased my self-confidence because I didn’t know I was able to participate in such a project. But I’m happy I did. I still talk to some people I met there over WhatsApp.”

When I asked her if she had something to say to people who hesitate to join a humanitarian mission she replied: “Don’t hesitate and rush headlong. Taking the first step is the hardest part because you are scared of the unknown, but, eventually, you will meet wonderful people, with whom you share the same goal – which makes it a very unifying experience!” 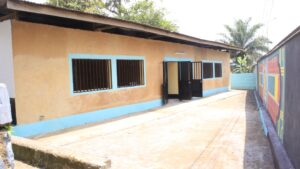