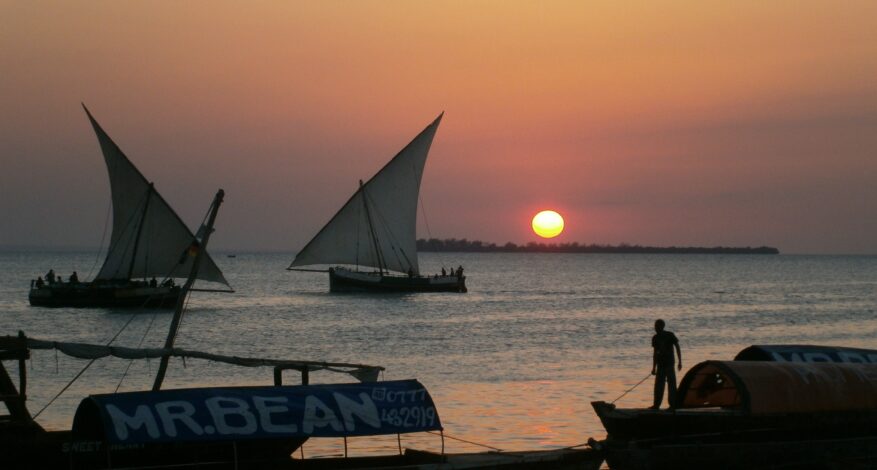 Worldwide, in the period from 1961 to 2017, total fish consumption grew at an average annual rate of 3.1%. Per capita terms, this means that consumption has gone from 9 kg per person in 1961 to 20.3 kg in 2017, according to the Food and Agriculture Organization.

The increase in the consumption of seafood, coupled with climate change and unsustainable fishing, puts many marine ecosystems and local fishing communities that derive their economy and livelihood from them at risk.

Overfishing is the removal of a species of fish from a body of water at a rate that the species cannot replenish, resulting in those species becoming underpopulated in that area. In a Food and Agriculture Organization of the United Nations 2018 report, the FAO estimates that one-third of world fish stocks were overfished by 2015. Over 30 billion euros in public subsidies are directed to fisheries annually.

Today we are catching an excessive amount of fish compared to what the ocean can produce. In fact, in July the limit was reached beyond which European consumers virtually ended the consumption of fish caught in the region’s seas and began to use imported fish outside the continent.

According to WWF, the oceans, and the Mediterranean itself are unable to sustain the levels of this demand. 78% of the fish stocks in the Mediterranean and 33% globally are over-exploited beyond their ability to regenerate.

If this trend is not reversed, the risk is to go towards the collapse of fish stocks, that is towards the disappearance of some species. All consumers can contribute to the protection of the Mediterranean and the oceans through small, responsible gestures in everyday purchases, such as favouring products with transparent labels and sustainable fishing.

A conventional idea of a sustainable fishery is that it is one that is harvested at a sustainable rate, where the fish population does not decline over time because of fishing practices.

Sustainability in fisheries combines theoretical disciplines, such as the population dynamics of fisheries, with practical strategies, such as avoiding overfishing through techniques such as individual fishing quotas, curtailing destructive and illegal fishing practices by lobbying for appropriate law and policy, setting up protected areas, restoring collapsed fisheries, incorporating all externalities involved in harvesting marine ecosystems into fishery economics, educating stakeholders and the wider public, and developing independent certification programs.

According to marine ecologist Chris Frid, the fishing industry points to marine pollution and global warming as the causes of recent, unprecedented declines in fish populations. Frid counters that overfishing has also altered the way the ecosystem works. “Everybody would like to see the rebuilding of fish stocks and this can only be achieved if we understand all of the influences, human and natural, on fish dynamics.”

Fish communities can be altered in several ways, for example, they can decrease if particular-sized individuals of a species are targeted, as this affects predator and prey dynamics. But fishing is not the only cause of changes to marine life, pollution is another example. 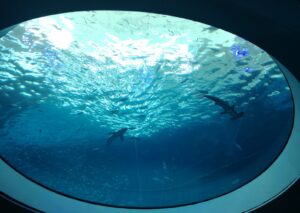 Marine pollution occurs when harmful effects result from the entry into the ocean of chemicals, particles, industrial, agricultural, and residential waste, noise, or the spread of invasive organisms. Eighty percent of marine pollution comes from land.

A recent survey of global ocean health concluded that all parts of the ocean have been affected by human development and that 41 percent have been fouled with human polluted runoff, overfishing, and other abuses. Pollution is not easy to fix, because pollution sources are so dispersed, and are built into the economic systems we depend on.

The United Nations Environment Programme mapped the impacts of stressors such as climate change, pollution, exotic species, and over-exploitation of resources on the oceans. The report shows at least 75 percent of the world’s key fishing grounds may be affected.

To protect the ocean from marine pollution, policies have been developed internationally. The international community has agreed that reducing pollution in the oceans is a priority, which is tracked as part of Sustainable Development Goal 14 which actively seeks to undo these human impacts on the oceans.