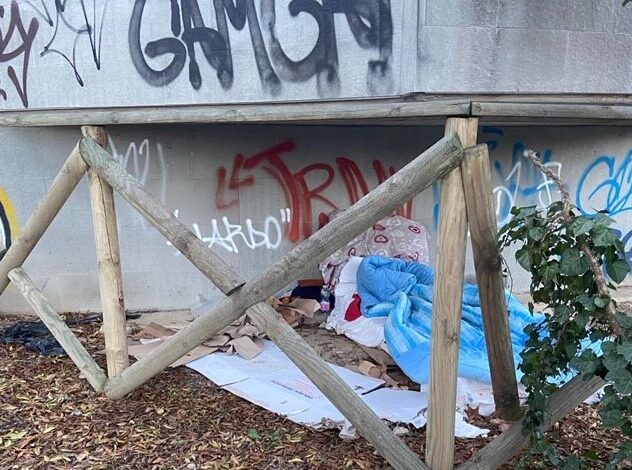 If we walk around our cities without getting too much distracted by our routine, we will notice that some people actually live on the streets we walk. Unfortunately, all around the world, there are people who have no fixed abode and they are among the most vulnerable ones.

Why do people become homeless?

People become homeless for a variety of reasons, including social factors like shortage of affordable housing and high levels of crime, and health reasons such as mental or physical diseases or addictions. Some of them are women who escaped from abusive relationships or people recently released from prison and having nowhere to go.

How many people are homeless? 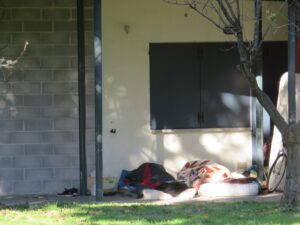 Although there is no up-to-date data about homeless people in Italy, according to this research, in 2014 there were 50.724 homeless people living in extreme poverty and unease and having no permanent residency, nor any source of income. Moreover, 85.7% of them were men and four out of ten were Italian and chronic, which means they had been homeless for at least one year. Over half of them were immigrants of, on average, 44 years old and lived in the North of the country. Women accounted for 14% of the group and the main reason for their condition was that their family relationships had broken off. The issue affects also the countries that are struggling the most: as showcased by this investigation, the situation is particularly dramatic in Africa as:

The effects of COVID-19 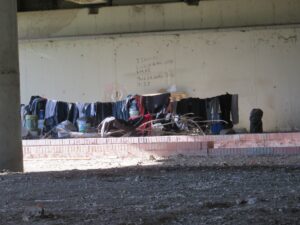 The spread of COVID-19 has forced all Governments to take restrictive measures and our lives have been turned upside down.

The majority of us are isolating in our own homes but how are homeless people coping with the pandemic?

The number of homeless people is increasing and, now more than ever, they are becoming visible as the cities are no longer as overcrowded as they used to be, due to the restrictions. With the pandemic, more and more people find themselves in vulnerable conditions. Especially due to the economic crisis, many have lost their jobs and are currently unable to afford a fixed abode. As the shelters do not have enough room to host all the homeless, more and more people end up living on the streets. This situation is both a social and health problem, especially because homeless people are at a higher risk of getting the virus and suffering severe consequences, as many of them have pre-existing medical issues. During the pandemic, the Italian Red Cross has seen the requests for aid increasing by about 6% and the majority of the requesting people are in need of food, clothes, masks, and hand sanitiser. In Padua, the organisation has developed the project “Emergenza Freddo”, which aims to help homeless people by providing them with assistance and information and giving them access to health facilities in the area, especially during this extremely hard time.

EU’s goal is to end homelessness by 2030 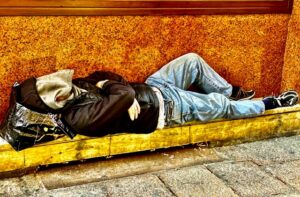 The Parliament aims to end homelessness by 2030 thanks to a resolution passed on 24 November 2020. It promotes a European system of policies and urges the EU countries to decriminalise homelessness providing access to public services while continuing to collect funds to address the issue. The resolution aims to help the homeless enter the workforce, ensure access to emergency shelters for those who are in the most difficult situations, and increase the collection of data to better evaluate the complexity of the issue.

The global emergency we are experiencing is especially affecting those who were already living in particularly difficult conditions. We can provide concrete assistance to homeless people by learning more about what humanitarian organisations do in our local areas and by donating to them what vulnerable people need the most.

Homeless people must not be forgotten, especially during a time in which people’s health is extremely at risk.